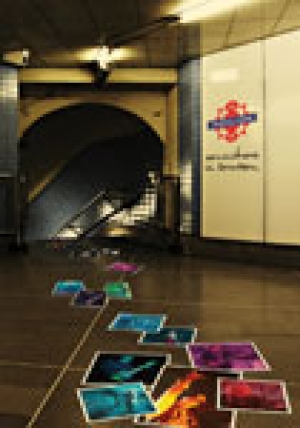 We'll we've been busy beavers down here at The Racket Club studios. We've put the finishing touches to the Web Fan Club Christmas CD 2007 (check out Pete's kazoo playing on www.royalartistclub.com/marillion), approved the visuals and the audio for the truly stunning Somewhere in London live concert DVD (which will be available through Racket Records at the beginning of November) and even managed to start writing some new songs for Album 15!
New Live DVD in November
H is now off to Italy for an H Natural concert this Saturday which will also be simultaneously "played" at the Italy Island Resort in the world-wide virtual world Second Life. Full access details for the Second Life concert are posted to our Special Events section.
Steve Rothery is now off to California to put the finishing touches to his next Wishing Tree project for the next two weeks while Mark programs the catalogue of songs we've selected for the Snow-Where Else Christmas Tour, ready to start rehearsals when we reconvene. We have decided to play a couple of brand new songs on the tour, and will be excited to hear your reactions - so we hope as many of you can make the tour as possible for an Album 15 sneak peek!
Speaking of Album 15, we are going to make a big announcement within the next few weeks, so stay tuned for some big news about the new album. If you're reading this on MySpace or via the NEWS section on www.marillion.com - remember you can sign up to get these updates straight to your e-mailbox by going to www.marillion.com/account
H, Pete, Ian, Mark and Steve