“You'll hear it happen inside you, Silent and high..”Sounds That Can't Be Made 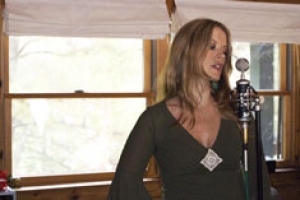 The Wishing Tree - California Dreaming
A rare break in the Marillion timetable had me winging west on Virgin Airlines to Northern California to try and move forward with the second Wishing Tree album. Hannah and her husband Paul had recently bought a cabin on a mountain and I was looking forward to the peace and quiet while we worked at finishing the writing/arranging of the last few tracks.
The cabin proved to be an inspiring place to work and Hannah and Paul were as usual, gracious hosts. We spent a few days getting everything installed and set up in the “studio”. Unfortunately one of their neighbours had decided to dig up their swimming pool during my stay and we were greeted most days to the sound of bulldozers shattering the tranquility. It couldn't spoil the atmosphere or our productivity however and we now feel that an album release in the second quarter of next year should be possible.
Music Live 2007 Appearance
I'm appearing on the Bose stand at this year's Music Live 2007 event at the NEC in Birmingham this weekend, 3rd and 4th November.
I'll be giving a demonstration of my use of effect pedals and approach to playing. I'll be on the stand at 1.20 & 3.20 pm on the Saturday and 1.20 and 2.20 pm on the Sunday.
I'm also in the Music Live Revolution Cafe area at midday on both days as part of a panel talking about how the music industry is changing.
Guitar Clinic in Oxford
The first of my guitar clinics will take place at 7.00 pm on Saturday the 10th November at the Oxford Guitar Gallery. There are only ten places available, tickets are £45. Further will be announced soon... email guitarclinic@steverothery.com to book your place.