“We are the new Kings”The New Kings 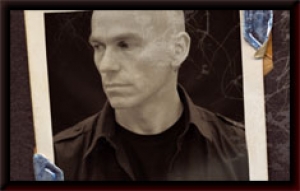 I got a reminder from Erik the other day that the last time I updated my little corner of the web site was on my birthday..2001! As they say, "time flies, when." So, what's been happening? Things at camp Marillion have been as mad as ever with Pontins being the highlight of the year so far. If you were there, thanks you so much for making it one of my favourite Marillion memories. There was something about the warmth and friendliness of everyone there that made it so special for me. Also Kai, my son, after a bit of arm twisting, joined in on Swap the Band too, which made a happy man very old. Let's face it - Pontins isn't most people's idea of a good place to visit for the weekend, but despite the shobby accommodation and dodgy food, it was brilliant. We are looking into a better venue for the next one. There will be a next one, maybe even more than one.
Last weekend the gigs in Bonn and Geleen were probably the last we will play this year. So now it's time to get down to the serious business of writing the next album. There seems to be a certain reluctance within the band to really get stuck into writing in earnest. Although we have some ideas down on tape already, we are still a long way off from complete songs. We always go through this stage, so don't worry. Am I writing this to reassure you or myself? A bit of both I suppose.
Starting from scratch on a new album always starts with a lot of groping around in the dark, hoping something will take shape soon. It can be quite frustrating at this stage because there is little we can do to hurry the process. Once we get to the point of arranging the ideas in to songs it always feels better. In a way the arranging stage is the hard work, but at least we are on the way and there is an end in sight. I imagine we will be well into arranging by the summer and start recording, with Dave Meegan hopefully, by the autumn. I'm bound to be wrong so don't quote me on this.
At home, I have a new (five-months-old now) baby girl, Tallulah, and I am really enjoying being a father a second time around. I have also found time to build a small home studio to start work on a album of my own music. All previous attempts by me to produce a solo album have ground to a halt with me feeling unhappy with the results. So far, this time things are progressing nicely. I won't start taking orders yet, but watch this space..
Mark